CFG Bank, a quaint bank based out of Maryland, currently has one of the top APYs for money market accounts anywhere in the country.

The account can be opened online. To start the application process click on the “apply for an account link” in the top right. From there you will be prompted to complete a series of steps to open the account. CFG Bank utilizes Fiserv technologies so while it will appear you’re completing the application on CFG Bank’s website, you’re actually on Fiserv servers for enhanced security and protection.

Who is CFG Bank?

CFG Bank is a medium sized bank based out of Lutherville, Maryland that was originally established in 1997. It controls assets of just under $700 million and has roughly $500 million in consumer deposits making it the 11th largest bank in Maryland and the 743rd largest bank in the country according to Deposit Accounts. It is a brick and mortar bank with just two locations – Lutherville and Baltimore. They offer online banking, bill pay and have mobile apps available for download, however, they lack some standard online features you’d expect from a more modern bank – most notably real time customer service via a live chat on their website or mobile apps.

Despite being behind the times perhaps on the technology side, CFG Bank gets an outstanding rating from the IDC of 300/300. This is quite significant as the IDC is the standard in rating financial institutions. You can read more about them here.

CFG Bank’s money market account yield of 0.72% APY is still one of the highest in the country for accounts like these. But before you open the account make sure you know exactly what you’re getting and what’s expected of you to earn the advertised APY.

Any fees to worry about? There are no monthly monthly maintenance fees or early withdrawal fees associated with the high yield money market account.

Availability? Nationwide and can be opened online through their Fiserv application process.

Credit Inquiry? None have been noted.

Variable Rate or Fixed? This is a variable interest rate and may change at any time.

Check Writing? No, there is no check writing allowed from this account.

Transfer, Withdrawal and Account Activity Limitations? You are allowed just 6 transfers per month, but can make an unlimited number of withdrawals if you’re willing and able to show up in person at one of their two branches in Maryland. Other restrictions include a daily transfer limit of $5,000 and a monthly transfer cap at $30,000 in a 30-day rolling period.

Outside of the outstanding rates, you’ll be hard pressed to find many exciting features with this account. They have very basic online banking and bill pay features as well as native apps for both the App Store and Google Play.

Once you’ve opened the account, transferred funds and enrolled in online banking you may download their mobile app to do the following:

Along with a high yielding money market account, CFB offers some respectable online CDs as well.

CFG Bank’s CD rates were showcasing an inverted yield curve in early 2020. You may be familiar with this term as an ominous predictor of a forthcoming recession, but in simple terms it means that long term rates are lower than short term rates. Today, their rates show a fairly flat yield curve with little incremental gain for longer terms.

If you are looking to plop more than $25,000 into a high interest, FDIC-insured product, and don’t want to lock the funds down for an extended period of time, then the high yield money market account by CFG Bank is one of the best deals around for you.

Keep in mind though, that the online banking and mobile app features are relatively lackluster. You’ll also have other notable restrictions such as the inability to write checks, so we’d suggest not using this money market account as a primary account for everyday expenses.

Their certificates of deposit are also yielding substantial returns compared to the current national average, however, you can likely get a similar APY with banks that don’t require so much effort in opening an account. 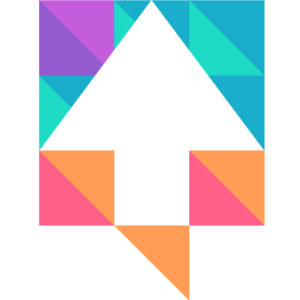 editorial staff: A group of savers, investors, side-hustlers and entrepreneurs serve the editorial team with a combined 20 years experience in entrepreneurship, banking and blogging.
Read More

Send an email to deals@apyguy.com with the name of the institution, rate (APY) and type of product.