You are here: Home / CD Rates / CD Rates Forecast 2022 – Will Rates Go Up in November and December?

[📌 Update November, 2022: As many economists expected, the Federal Reserve raised benchmark interest rates by another 0.75% at the culmination of their November 1st and 2nd meetings. This marks the fourth consecutive 0.75% rate hike by the FED and puts the overall federal fund rate at 3.75% – 4.00%. New FED minutes released Wednesday, November 23rd, however, show that the FED is expecting to switch to smaller rate increases “soon.” CD rates, variable rate savings accounts and money market accounts continue their ascent this month albeit not as swiftly as mortgage rates and other loan products.]

During The Federal Reserve Open Market Committee’s most recent meeting on November 2, 2022 they unanimously voted on another rate increase of 0.75%.

This marks the fourth consecutive 0.75% prime rate hike the FED has made during the second half of this year. When they initially raised rates by 0.75% in June it was the first rate hike of its kind since 1994.

So When Will CD Rates Go Up?

CD rates are going up now and should continue to rise through the rest of 2022 and into 2023.

Since the Fed’s base federal funds rate for overnight loans to banks sets the benchmark for all other interest rates in the United States, the Fed’s policy shift is going to continue to affect the interest rates for other financial securities, including certificates of deposit (CDs), money market accounts, savings accounts, etc.

However, savers should keep their expectations in check, as rates on the savings side climb at a much slower pace than their counterparts on the loan side.

The difference in rates between what banks’ offer on their loans versus what they offer on their savings deposits is referred to as the “spread.” This is where banks generate their profit and also why mortgage rates are rising much faster than CDs and savings rates.

The general consensus among financial analysts and economists is yes, CD rates will continue to tick upward throughout the rest of 2022 and into 2023.

Here are some movements in CD rates we’ve covered following the FED’s fourth consecutive rate hike of 0.75% on November 2nd, 2022.

To put these rate bumps and current best APYs (annual percentage yields) into perspective, below is the national average for CDs terms 6 months to 6 years according to FDIC data pulled November 28, 2022:

To get an idea of how fast these averages are climbing, here are the national averages for 12 month CDs and 60 month CDs every month since the start of 2022:

Yes, the average APY for all variable-rate accounts including online savings accounts, interest checking accounts and money market accounts will undoubtedly rise throughout the remainder of 2022 and into 2023.

During the November meeting FED officials noted that they intend to slow interest rate hikes “soon” with the markets predicting a rate increase of only 0.50% during the FED’s next meeting in December.

A Look at Certificates of Deposit

Certificates of Deposit (CDs) are deposit accounts held at banks or credit unions that provide fixed interest rates for a specific period of time. CDs differ from savings accounts in two primary ways:

CDs are favored by investors with a low risk tolerance, as they are considered one of the safest types of investments, being insured by the Federal Deposit Insurance Corporation (FDIC) just like other deposit accounts at a bank.

The only time CD investors win big real rates of return is when they invest in a long-term CD when interest rates are extremely high, and then prevailing interest rates drop substantially (along with inflation) over the term of their CD deposit.

However, most CD investors readily accept the reality of relatively low real returns. They are typically much more concerned with having a safe investment that earns some rate of interest than they are with having a growth investment that stands a good chance of being able to outpace inflation.

Past Trends and Future Projections for CD Rates

But with the Fed continuing to raise rates aggressively throughout 2022 to combat a stubborn rate of inflation, CD rates should also continue to inch upward. With the current average yield for a 12 month CD sitting at just 0.60% APY it is still up 0.47% in 2022 where it started the year at a paltry 0.13%.

It’s likely CD rates on average will continue their sluggish move upward, but outliers such as newly launched online-banks or other banks in greater need of consumer deposits may be shiny anomalies.

For example, while the average 12 month CD has yet to hit 1.00%, top yields from online banks are already creeping over the 4.00% APY mark for 12 month terms.

Bigger banks and older traditional banks will likely be the slowest to raise rates for savers.

Bankrate’s chief financial analyst, Greg McBride, cautions that banks may be a bit stingy with interest rate increases. According to McBride, “Most banks, and big banks in particular, are sitting on a pile of deposits and will be very hesitant to pass along higher yields to savers if they don’t need more deposits.” That fact may further dampen the direct effect of increases in the fed funds rate on CD yields.

However, in the long run, this would ideally be offset by the quantitative easing the FED is embarking on to unload their balance sheet. This means less ‘free-money’ for banks to loan out from the FED and a stronger demand for consumer deposits from these institutions.

There are, of course, at least two alternative scenarios regarding probable CD rates for the remainder of the year and into 2023.

First, even if inflation continues to go higher, if the economy begins to stall out significantly, sparking fears of a recession or even a depression, then the Federal Reserve may alter its policy and change course yet again. It may postpone further rate hikes, or even abandon them altogether.

This seems unlikely though, as the FED has noted it won’t back down to some economic pain as long as employment stays relatively stable.

The other possible scenario is that inflation keeps increasing unabated, pushing the Federal Reserve into making more and/or higher interest rate hikes. In that event, the best available CD rates could well crest the 5-6% mark or more.

How to Find the Best Interest Rates on CDs

There are a number of banks that offer interest rates that are significantly higher than the average rate, on both savings accounts and CDs. The trend in recent years has shown the best CD interest rates tend to be offered by the growing number of “online only” banks. Since they don’t have the massive overhead expense of physical branch offices to contend with, online banks have more free cash flow that they can use to entice depositors by offering higher yields on CDs. Among the banks offering the highest CD yields recently are Bread Financial (formerly Comenity Direct), Barclays, Synchrony, and Marcus by Goldman Sachs.

With the Fed forecasting several more interest rate hikes in 2022, it’s not a bad idea to check CD rates after every Fed meeting. And if you’re considering putting money into a CD right now, you may also want to consider a high yield online savings account so that you can benefit from any future interest rate increases. Alternatively, you might consider only investing in short-term, six-month CDs, hoping to have the opportunity to reinvest six months from now for a higher yield.

One often overlooked alternative investment, one that’s perfectly safe and tax-free, is, instead of depositing money in a certificate of deposit, using the money to pay down high interest rate debt, such as credit cards. Paying off the balance on a credit card that charges 19% annual interest has the same net effect on your finances as earning a 19% return on investment – with the added benefit that making such a move doesn’t incur any tax liability, thus, making for a 19% tax-free return on investment.

Short-term US Treasury Yields are also up across the board since the beginning of September and are currently paying higher yields than CDs. Below are current US treasury yields available as of market close on November 25, 2022 (source).

The short and sweet of it is that, given the Federal Reserve’s current stance on interest rates, the best CD yields will continue to rise throughout the remainder of 2022 and into 2023.

Below are frequently asked questions by consumers.

Do CD Rates Go Up with Inflation?

Generally speaking CD rates are not directly correlated with the rate of inflation.

That said, the measures the FED tends to use to address inflation – like quantitative tightening and raising prime rates – does put upward pressure on CD rates.

Do CD Rates Go Up with the Prime Rate?

The prime rate set by the FED is the primary factor banks and credit unions use when determining the rate to charge on a loan to consumers. It also impacts the rates they provide on deposit accounts such as CDs and savings accounts.

Banks and credit unions use this prime rate because it is the rate they are charged by The Federal Reserve to fund their loan products.

Do CD Rates Go Up During a Recession?

Usually no. The Federal Reserve’s primary lever used to deal with a recession is lowering prime rates. This happened in the 1980’s and more recently with the 2008 recession where rates dropped from over 5% to historic near zero lows. CD rates followed suit in both instances.

That said, consumers still tend to flock to CDs more so in uncertain economic times. 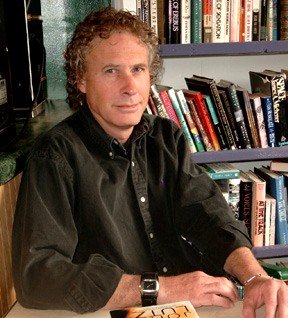 J.B. Maverick has written hundreds of articles, blogs, and eBooks on virtually every aspect of personal finance and investing. He's been a contributor for Investopedia, QuickBooks and Intuit, the Financial Educators Council, the Corporate Finance Institute, and the Steve Pomeranz Show (a personal financial advisor radio program that ran weekly on NPR, from 2001 through early 2020).
Read More